Register
CLIENT AREA
We care about the Environment

Get started on Evoxt 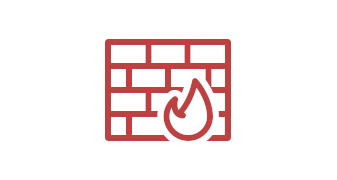 Layer 3 firewall is included with all servers offered by Evoxt. This will act as a defense line before inbound traffic reaches your servers. Layer 3 firewall performs slightly differently than a host-based firewall (the firewall in your server). Please spend some time understanding them.

Go to your VM control panel to manage the layer 3 firewall.

Then click on the Firewall on the top bar, as shown in the image below. 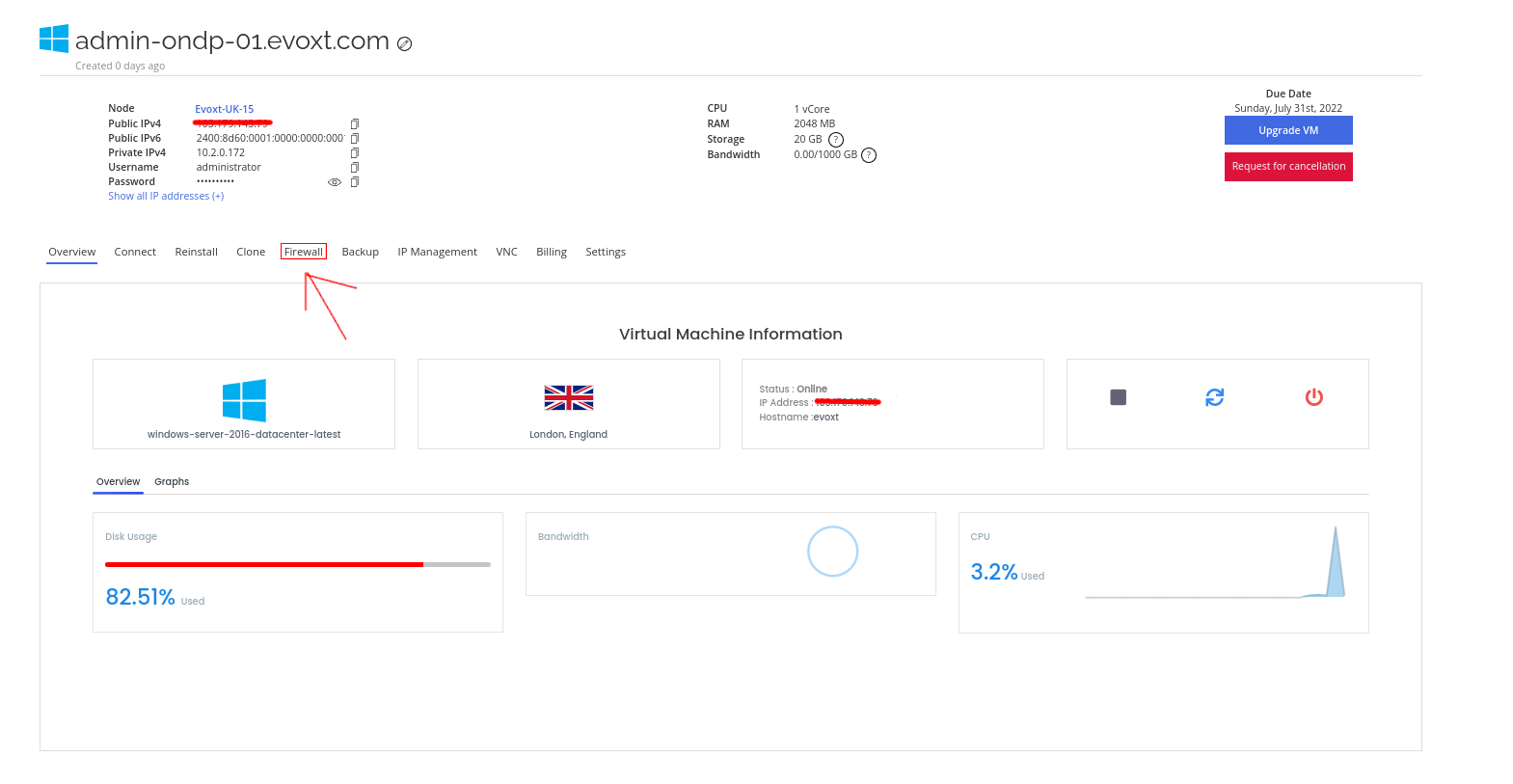 Introduction to the Firewall

To get started with managing the firewall and firewall rules, click on Enable Firewall on the Firewall tab.

By default, there will be 5 firewall rules automatically added. This will be:


We strongly recommend deleting the list's 2nd, 3rd, and 4th rules if private networking is unnecessary. This ensures that the server is unreachable through Evoxt's private network to protect your server from any potential malicious server in the same network.

Suppose private networking is needed and the exact set of IP addresses that the server is communicating with is known. In that case, we recommend deleting the default rules and re-adding a more specific rule.


Note: Do not forget about the IP address mask. In this case, this will be /32 for a single IP address.

After enabling the layer 3 firewall, you will be greeted with this easy-to-use firewall panel.

Below states the meaning for each of the fields and buttons:

Here are some screenshots of the most common firewall rules,

Allow RDP through the firewall. If your server runs on Windows, you will likely need to add this rule to remote control your server. Follow this screenshot to enable RDP through layer 3 firewall.

Allow SSH through the firewall. If your server is running on Linux based OS, you most likely will need to add this rule to remote control your server.

Allow HTTP port through the firewall. If you are running a web server or hosting a website, this is the default non-SSL port. You will most likely need this to set up a web server or website along with an HTTPS port rule.

However, this can potentially be dangerous. Hackers can use this protocol to check if your server is online by pinging your server's IP address and attempting to gain unauthorized access to your server. Besides that, by enabling ICMP protocol, your server will also be susceptible to some types of DDoS attacks.

Hence, if you want your server to be pingable, we strongly suggest setting a stricter IP source rule to protect your server.

IPv6's layer 3 firewall acts the same as IPv4, but it regulates inbound connection for IPv6 protocol. The control for the IPv6 firewall is the same as the IPv4 firewall, but the initial rules that will be added when the firewall is first enabled will be slightly different.

When IPv6 Firewall is enabled, 3 firewall rules are automatically added. This will be:

Unlike the IPv4 firewall, there is no private IPv6 network with Evoxt, so no Private network rules are required.

As you can see, there are upsides and downsides with both firewalls. To fully protect your server, we strongly recommend setting up both firewalls for maximum protection.